The MGH in China

On 18 May 2020, Dr Bernd Posselt (MGH) held a widely received online lecture at the Peking University in China with the title: „Monumenta Germaniae Historica. 200 years of editing medieval European sources.“ The event was arranged by Prof. Dr Longguo Li, professor for European medieval history at the History Department of the Peking University. Longguo Li himself is a regularly guest of the MGH library in Munich on his research visits. 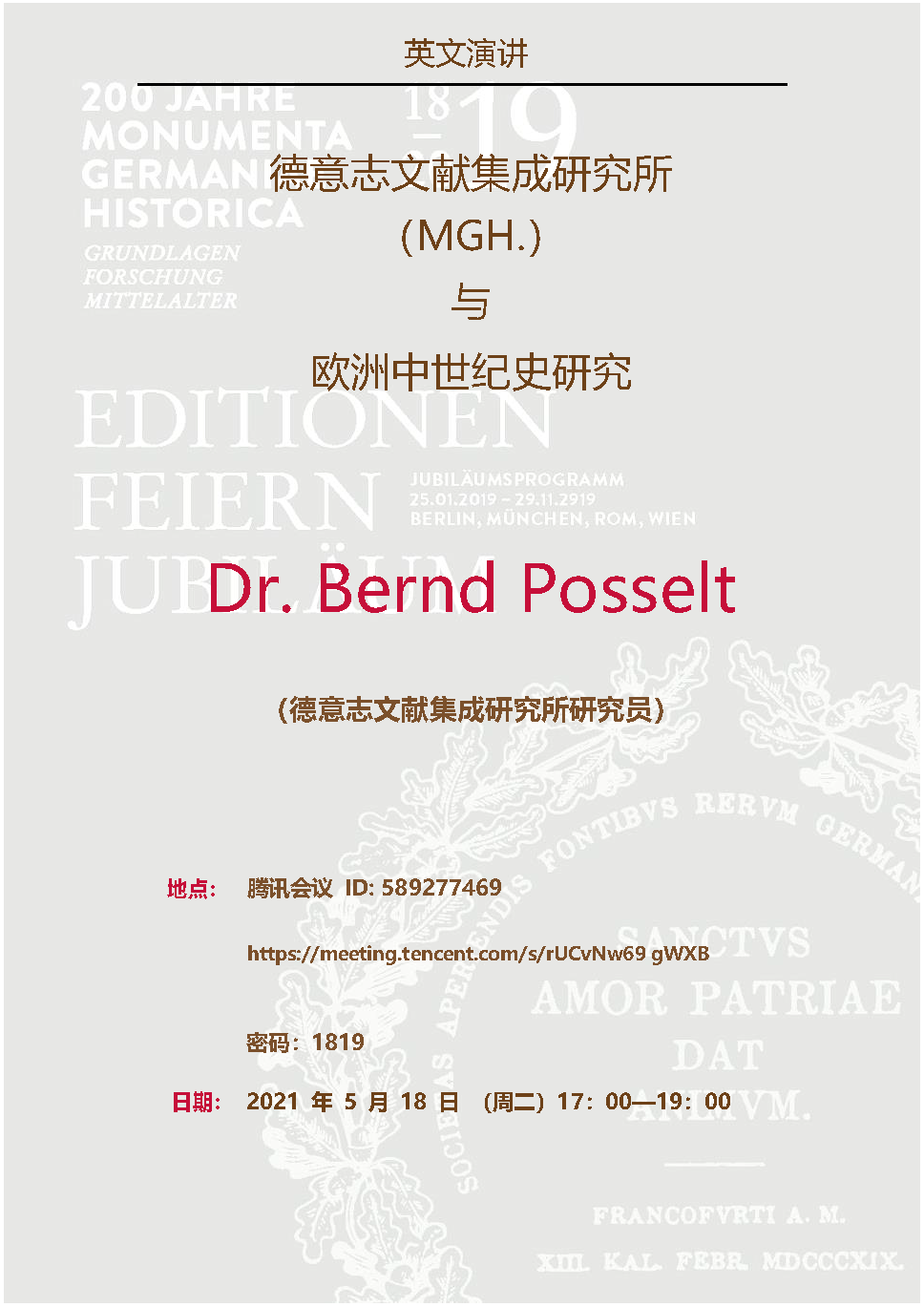 The original plan of sending an MGH scholar on tour through China as a visiting lecturer was adapted to the circumstances, becoming an online lecture attended by (at times) as many as 100 hearers. As Posselt relates, his first experience with the Chinese Zoom-version was quite unusual: he was faced at the start and during the questions and answers by a „wall of Manga faces“, since everyone had their cameras turned off.

Posselt’s lecture provided an introduction to the history of the MGH and an overview of the range of MGH publications and services. The lively discussion and numerous questions which followed evidenced a high level of interest in European medieval history among Chinese scholars. As Prof. Longguo Li stated: „For the very first time, the voice of the Monumenta Germaniae Historica was to be heard in China."